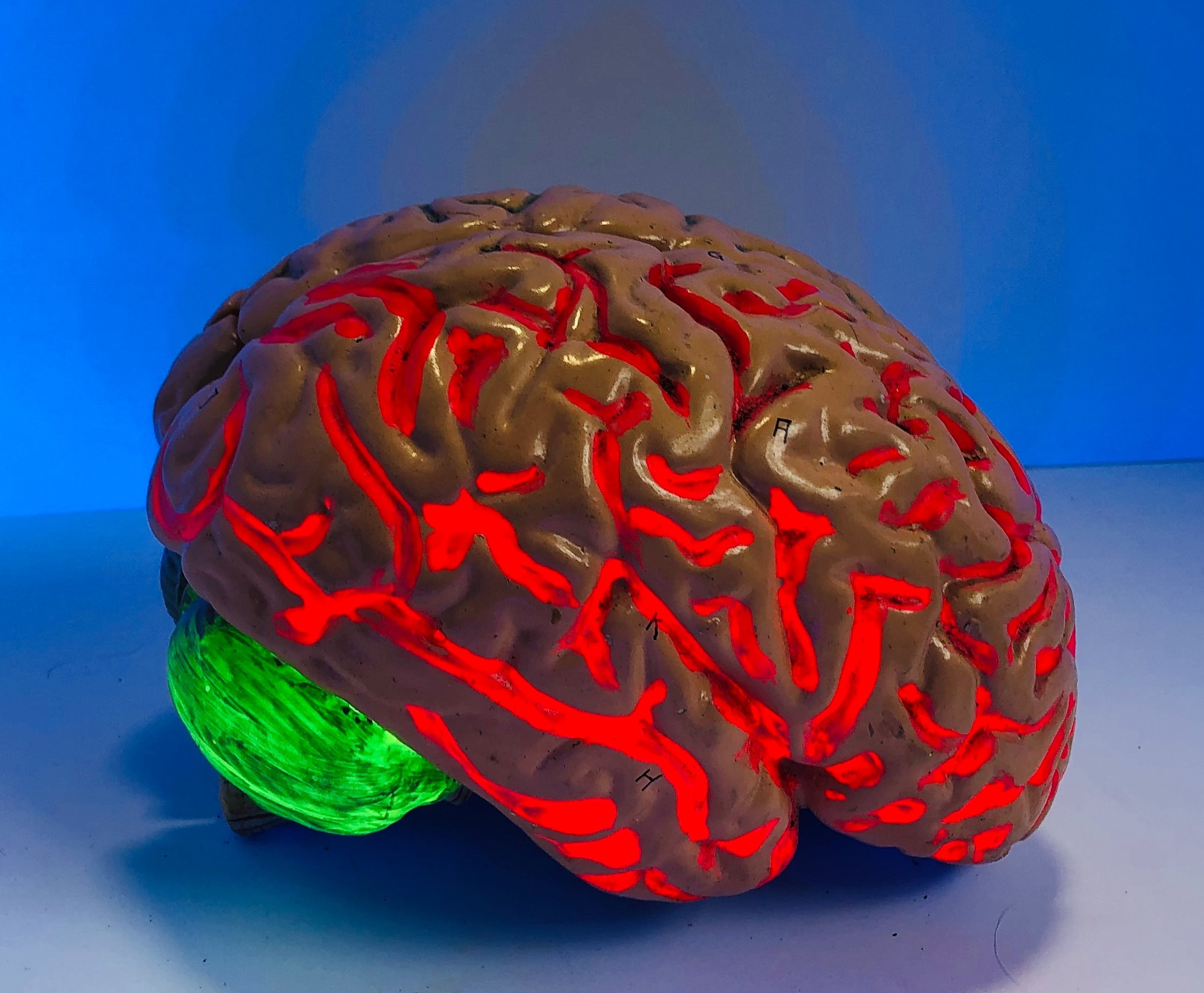 “When your goals are clearly defined and intelligently set, you have, in essence, taken a major step toward programming your left brain. That frees your right brain to be its creative best.” — Zig Ziglar

An aeronautical engineer by education, Mr. B. tucked his pilots’ license in his back pocket and became a successful businessman, an entrepreneur by trade if you will. A financially astute, overall business whiz, his engineer’s brain produced volumes of analytical, logical thinking. He once remarked with a chuckle that if one were to peer inside his skull, he expected nothing but a cavernous empty space to be found where the right portion of his brain should reside. Mr. B. obviously believed in the right brain – left brain theory.

While science does not fully grasp everything concerning how the brain functions, here’s what we know for sure. The left hemisphere controls the muscles on the right side of the body while the right hemisphere controls those on the left. It’s also understood that different regions of the brain bear responsibility for distinct functions, such as information processing, short-term and long-term memory storage, sensory-data collection, language, logical reasoning, etc.

But does that support the brain dominance theory?

Where did the right brain – left brain theory originate?

“Nobody knows who first came up with the idea, but it goes back to at least the 1800s,” state authors Robyn Mundell and Stephan Lacast. “As near as anyone can tell, it first took root when researchers noticed that patients with similar head injuries had similar problems. Specifically, they discovered that people with injuries in the left hemisphere developed language problems, while those with injuries in the right hemisphere were more likely to have problems with spatial knowledge.”

Fast forward to the 1960s and the epilepsy treatment involving the severing of the corpus callosum. When studying these patients, scientists discovered they “sometimes acted as if they had two completely different and separate minds. For example, a person might be asked a question and say one answer but write another. These incidences led to the theory of right or left-brain dominance,” note Mundell and Lacast.

These findings led scientists to predict that the genuinely dominant side of the brain would, in theory, be better developed, have more and stronger connections—in the right brain for artists and in the left for scientists.

But “the brain doesn’t work that way,” explain Mundell and Lacast. “It’s not so much the different areas that control things like creativity, but the connections. Even when localized areas control specific functions, it’s not as cut and dried as the simple explanation would have it. When it comes to thinking, both sides are in it together.”

“Supposedly, left-brained people are more logical, while right-brained people are more creative,” states Kelly McSweeney. “This popular idea has been around for more than 200 years and has proliferated in the age of BuzzFeed personality quizzes, but it simply isn’t true. People use both sides of the brain equally, and logic and creativity are not mutually exclusive.”

McSweeney goes on to note, “People love to learn about their psychology, and they crave definitive answers. We love classification schemes like astrology, Myers-Briggs, and endless personality quizzes, even though, according to Inc., calling yourself ‘left-brained’ or ‘right-brained’ is meaningless.”

The Inc. piece McSweeney references is by Jessica Stillman, whose article “Left-Brained Vs. Right-Brained People Is a Total Myth, Says Science” denounces the popular theory. Stillman discusses a University of Utah study that “offers pretty definitive evidence that dividing people by brain hemisphere is about as scientific as dividing them by the arrangement of heavenly bodies at the time of their birth.”

The research team scanned the brains of more than 1,000 people looking for signs that some people favored one side of the brain over the other.

“It is certainly the case that some people have more methodical, logical cognitive styles, and others more uninhibited, spontaneous style,” advises Jeffrey Anderson, a brain researcher involved in the study. “This has nothing to do on any level with the different functions of the [brain’s] left and right hemisphere.”

Christopher Bergland reports on a 2017 study from Duke University, “Frequency-Specific Neuromodulation of Local and Distant Connectivity in Aging and Episodic Memory Function,” published in the journal Human Brain Mapping. For this study, Simon Davis and colleagues at Duke used a neuromodulating device called “transcranial magnetic stimulation” (TMS) to temporarily alter the usual brain activity of healthy older adults as each person performed a memory task.

“As the researchers suppressed brain activity in a specific region of the left hemisphere, they observed that communication activity with the exact same corresponding region in the right hemisphere skyrocketed, and vice versa,” shares Bergland. “The Duke neuroscientists believe this finding implies that ‘communication between the hemispheres is a deliberate process that occurs on an as-needed basis.’”

Healthline concludes, “The two hemispheres are tied together by bundles of nerve fibers, creating an information highway. Although the two sides function differently, they work together and complement each other. You don’t use only one side of your brain at a time. The left brain is credited with language, but the right brain helps you understand context and tone. The left brain handles mathematical equations, but the right brain helps out with comparisons and rough estimates.”

Mr. B. may be rethinking his “empty cavernous space” comment. Recently, a streak of creativity sparked by the discovery of a new family member spurred him to compose a poem. He pronounced the final product, rife with multi-syllable, uncommon words, as “not very good” despite eighteen rounds of editing. However, its very existence demonstrated the presence of emotion and the type of creativity he was not known for, nor was he accustomed to generating. And now we know, Mr. B.’s analytically-inclined left brain is indeed thoroughly connected to an active right brain.

At RomAnalytics, we appreciate the critical role played by qualified, skilled employees in aiding pharmaceuticals, market research, and other big-data-engaged industries in meeting their business goals. We pride ourselves on maintaining a deep, talented candidate pool to meet the staffing needs of an array of unique companies. Contact our team to see what a partnership with RomAnalytics can do for you.

About the Author: Beth Steury