The Science of Procrastination

The Science of Procrastination 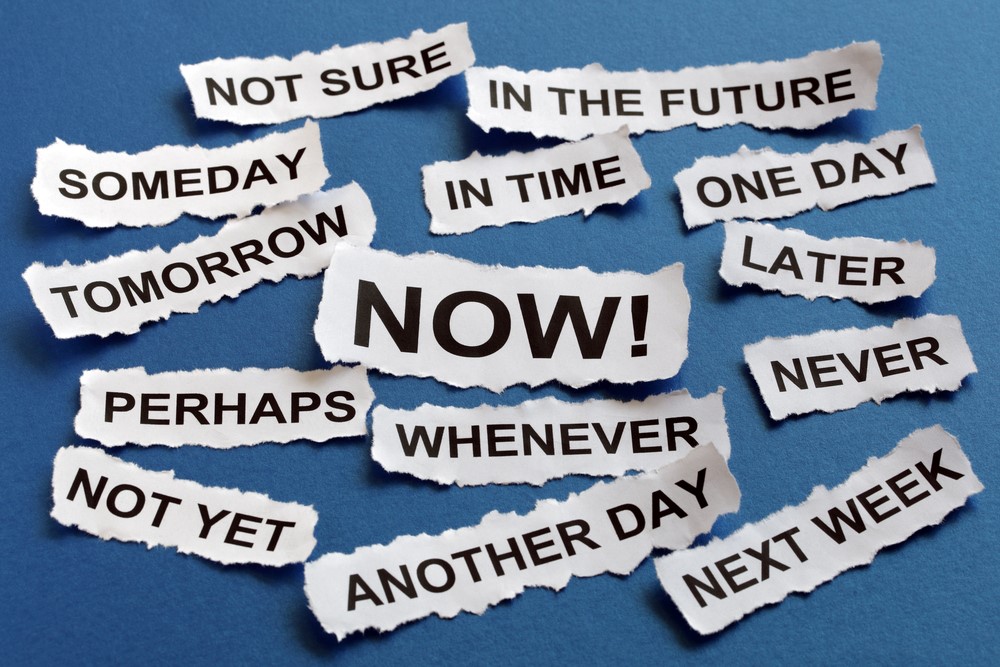 We all do it. Put off until tomorrow what we could and should do today. Everyone does it occasionally, but some of us do it a lot. According to Joseph Ferrari, a professor of psychology at DePaul University and author of Still Procrastinating: The No Regret Guide to Getting It Done, roughly 20 percent of U.S. adults are chronic procrastinators.

The “I’ll do it later” mindset can become a trap. Chronic procrastinators dawdle the launch of projects, delay paying their bills, put off birthday and Christmas shopping until the 11th hour, and repeatedly seek an extension for basically everything. “I need more time . . .” becomes a life mantra.

“They lament the bent toward procrastination yet continue to push against doing it now—whatever it may be. “It doesn’t make sense to do something you know is going to have negative consequences,” concludes Dr. Fuschia Sirois, professor of psychology at the University of Sheffield. “People engage in this irrational cycle of chronic procrastination because of an inability to manage negative moods around a task.”

While many will argue that the tendency to put important things off, springs from a flawed character, a family curse, or a manifestation of poor time management skills, science says otherwise.

Procrastination is also not caused by a lack of self-control. Instead, as Charlotte Liebermann notes, it’s a “way of coping with challenging emotions and negative moods induced by certain tasks — boredom, anxiety, insecurity, frustration, resentment, self-doubt and beyond.”

According to Dr. Tim Pychyl, professor of psychology and member of the Procrastination Research Group at Carleton University in Ottawa, “Procrastination is an emotion regulation problem, not a time management problem,”

About now, many of you are smiling, as you ponder the good news, that being a procrastinator is not really your fault . . . right? That there’s nothing you can do about the troubling habit. However, that theory fails to consider the damaging effects of chronic procrastination. Whether in the form of action or non-action, putting things off will eventually impact one’s career and relationships as well as have potentially damaging effects on one’s health.

While it’s not necessary to beat yourself up over a case of the “do it tomorrows,” seeking to understand the way procrastination works and striving to lessen its frequency in your life is smart.
In his book Awaken Your Strongest Self, psychologist Neil Fiore details five common types of procrastinators:
1. The Perfectionist
This most common kind of procrastinator is his/her own worst critic, spending too much time seeking perfection to avoid embarrassment.
2. The Imposter
“Afraid of being revealed as unqualified or inferior, this procrastinator puts off doing anything to avoid that risk,” notes Fast Company’s, Gwen Moran.
3. The Dread-Filled
It’s almost impossible to make yourself get started when you can’t stand the job/process/project.
4. The Overwhelmed
“Sometimes, there’s just too much to do, and it’s hard to figure out where to start—so we don’t do anything,” Fiore explains.
5. The Lucky One
Some folks feel they do their best work when under a hard deadline, so their procrastination is on purpose.

Knowing what pushes your “procrastination button” is key to overcoming the habit. Step back and ask these questions suggested by David Ballard, head of the American Psychological Association’s Center for Organizational Excellence. “Is there one kind of thing you always put off to last? What is it that you tend to put off, and what are your thought patterns around that?”
Choose one area or task to work on at a time. Set a realistic goal, and then reward yourself for even small improvements. Allow yourself a “favorite diversion” break and, of course, a pat on the back. Any forward progress in taming procrastination can’t help but have a positive impact across all sectors of your life.

At RomAnalytics, we appreciate candidates who strive to better themselves. We look forward to partnering with you, to assist in getting you noticed. We will coach you to win. Our team is waiting to hear from you—call us today.